Trying to capture my Father's (Dan Lickly) history with NASA and a few of my own stories as well. Last name is pronounced likely, get it!

Before Lotus there was Intermetrics Inc.  Or for those close to it, I². Intermetrics was founded around the time Neil was taking one small step for mankind by John Miller, Jim Miller, Ed Copps, Jim Flanders and Dan Lickly.  They believed the projects for Draper from NASA would slow down so they decided to try and commercialize what they had developed at Draper and perhaps find the next Apollo.

I am not trying to attempt a perfect history lesson but to relive some great memories and share what I know about a unique place.  If you want a more detailed insider perspective read Tony’s history here.

Intermetrics landed contracts with NASA for developing software particularly the compiler HAL for the space shuttle.

Eventually they moved to fresh pond, long before Whole Foods but certainly in the era of Ma McGoo’s (awesome meatball subs) and the Hideaway (cheap pool tables).

Over time they refurbished an old warehouse at 733 Concord Ave into what is considered now a classic startup environment, wood beams, sky lights, & cool interior.  Way ahead of their time.

One of the interesting aspects for them was recruiting.  Computer Science wasn’t really something that was taught back then so how do you recruit programmers?  Well, I wasn’t there but I’d like to think that my father developed a unique style of recruiting due to these circumstances (though I am not positive).  He was known to interview people and speak very little about the actual job and had been known to take people out to his car to diagnose engine issues (Howie Marshall). In fact, legend has it that if he talked about computers with you then you weren’t going to get hired.

I remember fondly spending time at 745 Concord Ave, drinking sprite out of the bottle and playing one of the first puzzle computer games Adventure.  “It was a dark and stormy night”…  to this day if I drink a Sprite out of a bottle I am taken right back there.

In fact, I believe it was in this building that John Miller made one of his infrequent visits and to his chagrin found hand prints high on the walls of the corridors and couldn’t understand how they got there….  they were learning how to ride unicycles!  Duh!

They hired really smart people as they had a pipeline to M.I.T and also one to Cal Tech. Besides being very very bright they also attracted people with, um, er character!

In a previous post I talked about Intermetrics softball which given the environment seemed a highly unlikely place to foster a championship softball team, a competitive “Go” team sure, softball??

For the entire Apollo team, I can only imagine trying to find the next Apollo, there really wasn’t going to be that opportunity.  The shuttle might have seemed like that next great thing but nothing was going to compare to the race to put a man on the moon.

I asked my father to tell me about how they went about programming the guidance systems for Apollo.  I already knew that a lot of it was done by punch cards.  Punch cards look a lot like the voting systems in Florida, so think of them like the original hanging chads, and we all remember hanging chads right?

Punch cards were actually just the data entry tool that was used before keyboards.  Each punch card had 80 columns that contained 10 numbers (0-9) and 2 over punches.  With these numbers you could create a number, letter or special character. So each column was a single number or letter i.e. a single keystroke on a keyboard. Fortunately, they didn’t have to punch the cards by hand (no hanging chads this way), they had key punch machines that they could use to punch out each column.  So each card could contain 80 keystrokes.  But wait, that’s not all, after you punch out all your cards to make up the code you want to write, you want to make sure everything is correct.

So you would put the cards through a punch card printer, which would then print out the card data, on large sheets of green continuous feed paper.  You could then review what you created on your cards. Of course, we know that programmers always write code correctly the first time, so no need to go back and re-punch any cards or print out again and validate.  So, once you have all the cards just the way you want them, you would then put them in a punch card reader with some control cards which would tell the general computer what you were doing and where to put it. It would call up the YUL assembler which was specially written to take source code and produce Apollo Guidance Code (AGC). Of course, you actually do all this on a simulator first, which you would run many many times before actually getting it onto the AGC computer.

And yes, I am sure 52 card pickup was a popular prank!

In a previous post I talked about an Astronaut error. The astronauts used a control panel where they could call up actions and programs through a panel.  I am over simplifying, but they had a button for Verbs, Nouns and Programs\Actions and a corresponding manual with codes for each of these.  So, if they wanted to “CHECK, FUEL, BoostEngine.” They would call up the appropriate program and then for example hit the verb button, enter code number (V21), enter noun button and enter code  (N74), then enter program and enter the right program number (Poo).  I just made you say POO!

I have fond memories of punch cards as my father always had stack of them in his back pocket and shirt pocket. Not only were they a programming tool, but they made great note paper.

I will forever be amazed at how we were able to put a man on the moon with the technology of the 60’s.   FOREVER! 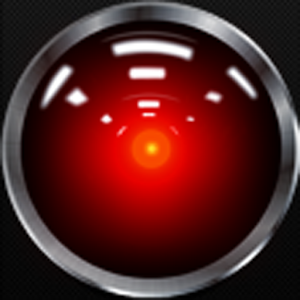 We all know HAL 9000 from a 2001: A Space Odyssey. HAL stood for HAL – Heuristically programmed ALgorithmic computer. 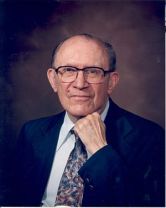 r Algorithmic Language Shuttle. Supposedly this name was given by Ed Copps in honor of Hal Laning of the Instrumentation Lab, who developed the first language compiler anywhere, a system of guidance algorithms, was basically brilliant and was a geeks geek. Seriously, this guy is fascinating, check out  J. Halcombe Laning.

HAL was developed at Intermetrics and NASA adopted that language in 1975 for the shuttle. It was used for almost 30 years and it was used to program all the on-board stuff.

The language is designed to allow aerospace-related tasks (such as vector/matrix arithmetic) to be accomplished in a way that is easily understandable by people who have spaceflight knowledge, but may not necessarily have proficiency with computer programming. (Source Wikipedia)

Note:  Dan is losing his voice, I’d like to say it’s because of my relentless questioning but actually, it’s a cold.  Posts might be short for awhile 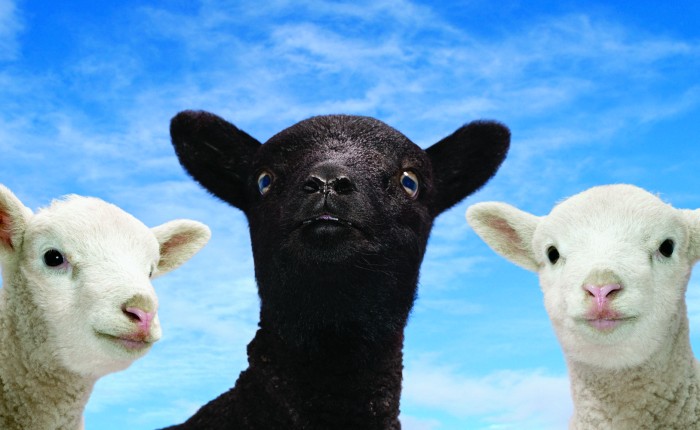 It’s official!  I am the black sheep of the Lickly boys. Why you ask? I am charming, handsome, smart, funny and very humble……

Well, I didn’t go into Compilers.  It turns out my brother Ben (B.S. in Math and Computer Science @ Harvey Mudd & Ph.D. in EECS @ U.C. Berkeley) and my father Dan (Masters in Aeronautical Engineering @ M.I.T) have both been involved with writing compilers.

Ben is presently working on Java to Java Script compilers at Google. From what I could understand depending on the device, applications are written in one of the two, so for peak performance Google writes these compilers.  I hope to get a little more direct clarification on this. Now Dan, he was involved with compilers for HAL at Intermetrics more on this guy HAL in a future post.

Just to throw some salt on the wound and make me feel more like a goat (sheep), there’s Shaomei Wu Lickly (M.S. Computer Science @ UC Santa Barbara & Ph.D in Information Science @ Cornell) who works for Facebook.  You have probably seen some of her work with the recent announcement of the new Facebook feature that helps the blind see photos. I didn’t ask if this involves compilers. :-{

Today we hit the road and I hope to start posting some more interesting stories and first hand accounts from “The Dome”.  In the meantime, please accept the rest of this Facebookie post. If you haven’ been to Google, it’s sort of like a cross between College, grad school and summer camp.  Ok, that’s in the common areas, the work areas are a bit more serious!  One thing for sure, not many grey hairs to be seen.  Note to self, avoid Google around the end of the day to avoid being run over by the massive white Google buses. 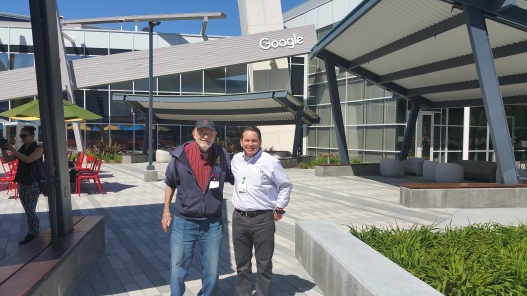 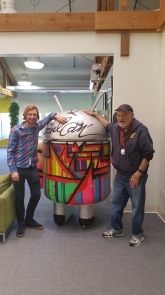 Whooping it up at Google 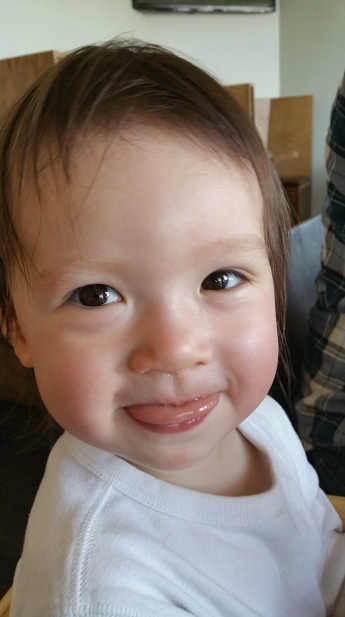 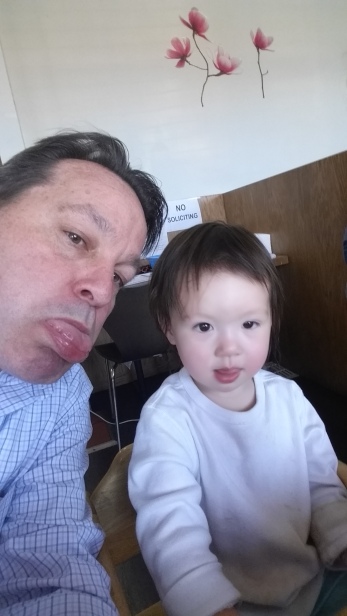